How many have you heard “Don’t ask questions! Just do as you’re told!”, from your parents? I know I did; still do. And maybe this isn’t just a desi parent lingo, but I don’t know many desi parents who encourage their kids to question their life. 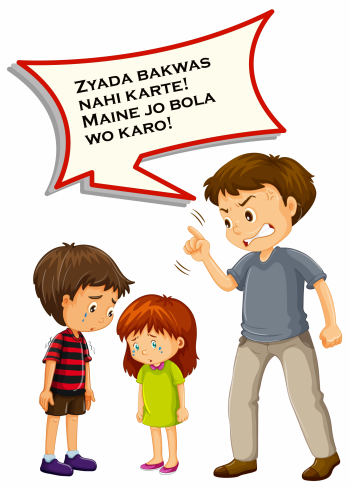 I have heard many aunties complain that their kids are always asking “why” to everything they tell their kids. I hardly blame them; it isn’t easy being a parent. Kids can be annoyingly curious.

So, this auntie came over one day, for some reason or another, and she was telling us that her 10-year-old son is always asking her ‘why’ whenever she tells him that he can’t do something for religious or cultural reasons. I can barely remember what I ate yesterday, let alone the exact thing she was telling him he can’t do. But the kid was apparently complaining that other kids can do this so why can’t he. As a mom, she just wants her son to listen to her and not question her reasons. Of course, she mentioned that she never asked her parents questions when they told her to do something.

As an introvert and a youngster, I really wasn’t going to say anything, so I didn’t. I just ate my pulao in silence and listened. It was good pulao and I’m no fool that’s going to let it get cold to add in my two cents to the conversation. I also hate confrontations, so there’s that. However, I couldn’t help but think how hard it can really be to explain things to children; kids aren’t as dumb as we like to think.

In the West, specifically in America, we are taught to be individuals and encouraged to learn via asking questions.

I know for myself growing up, the teachers prioritized ourselves in our lives. They taught and even encouraged us to ask questions. They appreciate it so much that my cousin received a special award for asking a lot of questions; It gave us all a good chuckle. They teach us that if we don’t understand something then we must ask why and how. And from my personal experience, desi parents don’t admire this trait in the least. 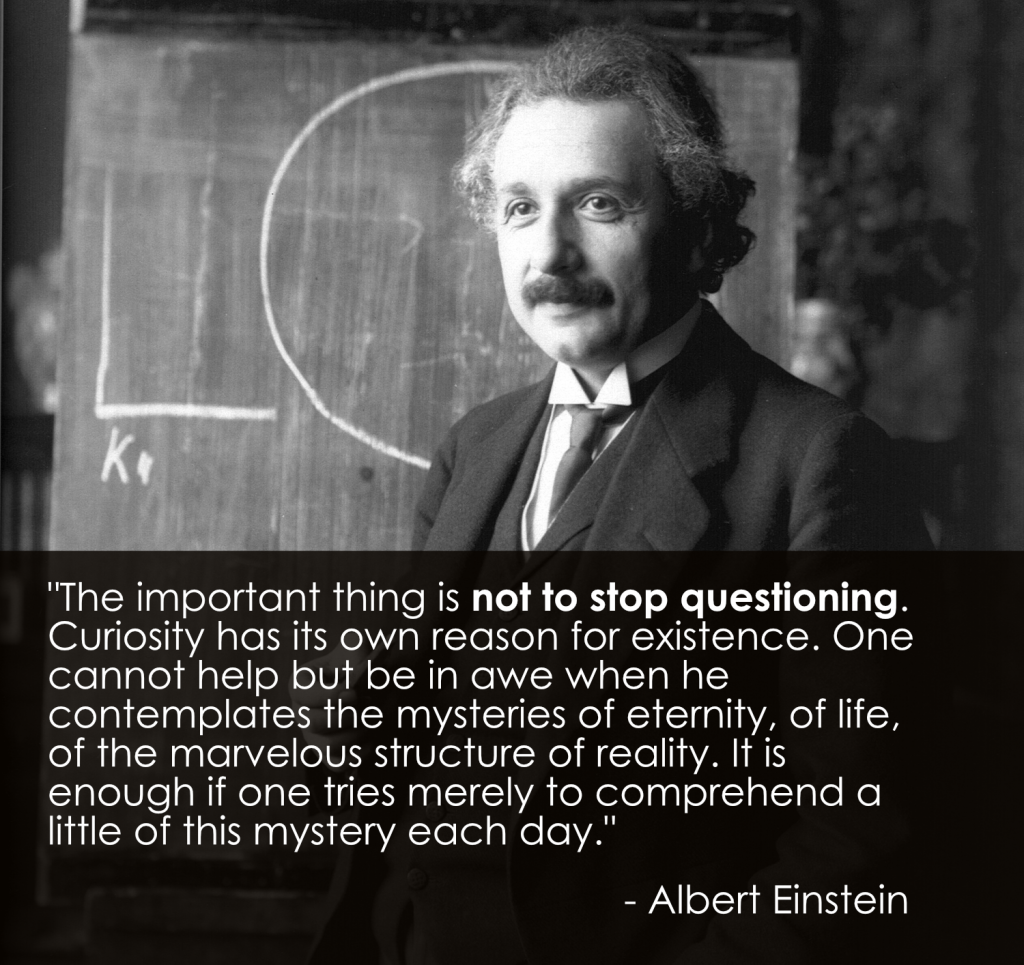 Culturally, the weight of respecting our elders is so heavy that doubting their rules and orders is considered disrespectful and an act of disobedience.

Now listen, I’m not saying we should completely disregard our parents and their advice. We ain’t about that life. They try to do what they think is best for us; we should appreciate that. However, this doesn’t stop our curiosity on why there are certain rules set in place that other kids don’t have to follow. But for some reason parents find it unbearably frustrating answering our questions.

Let me give you an example of a basic conversation from when I was 12 years old:

My mom: Don’t wear perfume and walk under the trees. It attracts Jinns and they will possess you.

My mom: These things do happen and I’m telling you for your benefit. This is the problem with you kids, you never listen to your elders, Badtameez (disrespectful). Now, go do something useful.

All she had to say was that it is believed that Jinns like to, allegedly, reside in flower bushes (which I discovered when I got older), and since perfumes are floral scented it can attract otherworldly entities. Or she could have told me that she thought I was too young to be smelling good. Either of these reasons would have been more reasonable than just saying that I’ll get possessed. But what do I know?

Perhaps, they themselves don’t know the answers which is why they struggle to find a proper response. Parents don’t like to be wrong and don’t like to admit that they may not know something.

This is something I’ve always been dubious about. I can feel my eyes squinting and side eyeing in suspicion when my mother says, ‘that our elders told us this and that’s that’.

I think back in our parent’s time the family unit was so tight knit that there was hardly any way for outside influence to seep in. It was easier for them to believe and accept the regulations of their elders even without proper explanation.

Nowadays, with easy access of the internet, which holds vast knowledge of everything and anything, we know more of the world than our parents did. We wonder and question more and struggle to be satisfied with just, “because I said so”.

I don’t know about you, but I consider my parents average human beings. That means that I acknowledge the fact that my parents don’t know all. It’s just that they need to accept this fact about themselves.

I just want to put my hand on their shoulder, squeeze in reassurance and tell them “it’s okay that you don’t know. We can research separately and then rendezvous later and share our study”. 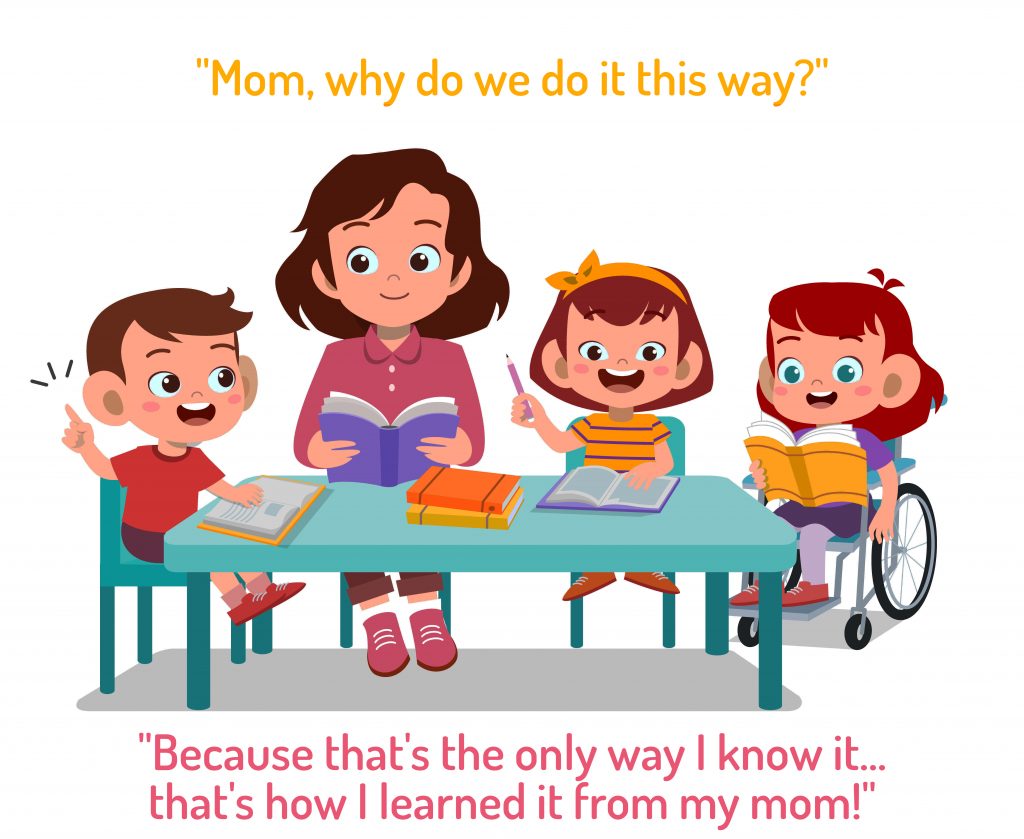 We must work together to diminish the cultural differences between us and our parents.

Our parents not only have a generation gap with us but also an environmental gap. We are being raised in a completely different time and country than our parents. They need to understand that their kids are growing up multi-cultural and will need more explanations; and we need to probably be less annoying.

But on the real, don’t stop asking questions. Ask them but, be respectful and patient with your parents when you’re annoying them. Explain that you don’t understand and want to, you know…understand.

And parents, try to be less annoyed by your curious children; they are just trying to understand your mindset. I mean, I just wanted to understand why I can’t drink water standing up other than that Shaytan(Satan) is peeing in my water and there is a demon standing beside me. I always thought Shaytan’s time would be better spent cajoling a believer to skip their Namaz instead of performing a petty act of peeing in my water? I’m just asking; but again, what do I know? Of course, as an adult now I know that drinking and eating standing up decreases the amount of nutrients your body receives. Sitting ensures that the water travels properly to your organs and they receive all the benefits to boost your health. But I don’t think my parents knew that; they probably truly believed that Shaytan pees in our water because that’s what they learned from their elders. They had the right idea but the reasoning behind it was lackluster to be honest.

You know what else is lost on me? Apparently, we can’t face our feet towards the Kaaba. You could put a gun to my head and ask for the number of times I’ve had my feet slapped for facing the Kaaba; I would have to die because its impossible to count. It’s not like I sit there and think ‘you know what would be fun? If I swing my legs 45 degrees NE because that’s where I pray’. It just happens! I’m just sitting there minding my own business, re-watching the first season of The Walking Dead for the hundredth time. And right when it gets intense, the characters are surrounded by Zombies, the thrilling music picks up, my hands and feet begin to feel clammy, I feel a sharp sting at my feet. “Move your legs! You’re facing the Kaaba!”. I am shook to the say the least. If I had been facing my legs in that direction in a purposeful attempt to be blasphemous then yes, I am in the wrong. But I don’t think its condemnable if the act is done without conscious effort. My legs just happen to face that direction. The intention should matter. In my heart, I was so engrossed in willing the characters to survive that I did not even think about what my body was doing. I shan’t plead guilty. But I suppose in the matter of religion I will plead the fifth, since I am not so knowledgeable in the subject.

I’m only somewhat trying to roast my parents, but I think its allowed; we joke about it together, so I have permission. Feel free to roast your own family, respectfully. I think it allows us to bond and grow thick skin. Just don’t forget to duck when a chapal(shoes) comes flying at you.

Anyways, I think I’ve talked enough and you’re probably tired reading this whole thing. If you’ve read up until now, what are you still doing here? Hurry up and go do something useful! And don’t ask too many questions!

From California, USA. Zohra has appeared on Episode #33 - Case Against Rishta Aunties.